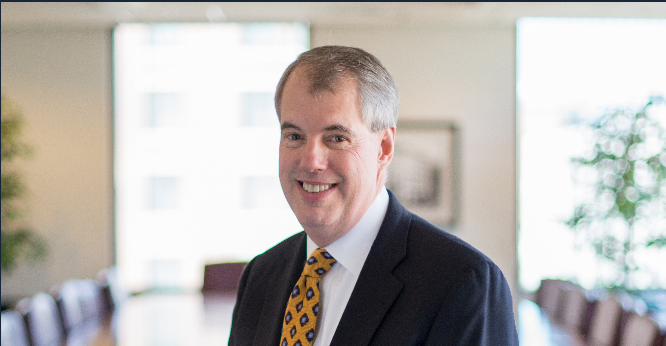 When Jack Heath, president and chief operating officer of Washington Trust Bank, learned that he had been selected to receive the 2014 Dan Fitzgerald Humanitarian Award, he was quick to share the credit. “I am honored to receive this award,” he said, “but it is really reflective of the bank, its employees, and the difference they make in the community. Washington Trust has given me the tools and opportunity to invest back in the community and help those in need.” “I am honored to receive this award, but it is really reflective of the bank, its employees, and the difference they make in the community. Washington Trust has given me the tools and opportunity to invest back in the community and help those in need.”

That commitment to community is reflected in Jack’s involvement with the Rypien Foundation and their efforts to bring hope to local families battling childhood cancer. His engagement with the organization goes back to its earliest days, when Washington Trust Bank was instrumental in the initial funding of the Rypien Foundation. “So many of our employees and customers have been impacted and touched by that disease,” Jack recalls. “It was too important not to be involved in.” Mark Rypien and Randy Brawner approached Jack over ten years ago to fund a rubber football and sell it through Washington Trust branches for $5.00 each. Although he had no idea at the time the project would work, Jack took a leap of faith based on Randy’s and Mark’s enthusiasm for the project. The project ended up raising over $50,000 for the foundation. Since that initial success, the Rypien Foundation has become a major source of support for child cancer patients and their families.

Along with the Rypien Foundation, Jack also serves as a member of the advisory board for the Boys & Girls Clubs of Spokane County. He believes in the organization’s work to help young people of all backgrounds reach their full potential as productive and responsible citizens and leaders.

When asked what drives him to devote so much of his time and energy to these organizations, Jack answered, “There are two factors. One is seeing people who are affected by cancer or other challenges, and having the ability to lift them up, to give them the opportunity to compete on a level playing field. That’s huge. The second is having the opportunity to meet others who are committed to attacking these issues. I get a tremendous amount of joy from creating friendships and working side by side with people so committed to these great causes and organizations. What impresses me so much about the organizations in our community is the representation of people from diverse backgrounds, interests, geographies, and professions coming together as a group to address important issues.”

His commitment to bettering our region also led Jack to play an instrumental role in the creation of the Mobius Science Center and serve on its board of directors. Jack is equally committed to supporting the local business community and banking profession. He is a member of the board of Greater Spokane Incorporated, which works to boost economic growth in the area. Jack is a past chairman of the Washington Bankers Association, serves on the Gonzaga Business School Forum board, sits on the Gonzaga Board of Regents, and is a member of the Premera board of directors. Jack is also a member of the board of directors for the Pacific Coast Banking School, where he uses his experience and expertise to help shape the education of future generations of business and banking leaders.

A long-time Spokane resident, Jack earned his MBA at Gonzaga University and has lived and worked in the area ever since. He has dedicated a great deal of time and energy to a wide range of civic and professional organizations and initiatives, and is committed to making the community a better place to live and work. Jack is humbled to be presented this year’s Dan Fitzgerald Humanitarian Award.