Declining Demographics and the General Cyclicality of Concerns

Declining Demographics and the General Cyclicality of Concerns

As a Senior Client Portfolio Manager, I frequently have conversations with people who have concerns about economic issues that “everyone knows will occur.” This happens to be one of the things that keeps life interesting for me and what I enjoy most about this role. The narrative is full of plot twists, as what is often expected to occur frequently does not.

As such, our portfolio management group regularly holds a “what if” meeting. This is a collaborative and creative endeavor specifically designed to challenge our team’s perspective about the status quo and what many commonly regard as fact. The conversation is often fun, frequently frustrating and ultimately a valuable exercise. This is relevant because it speaks to our team’s understanding that no one is able to forecast with absolute certainty. With this in mind and because I’m a student of history, it interesting to look back and see where so many of us were simply wrong, even when all signs pointed to a different conclusion.

In the aftermath of the financial crisis there were grave concerns about hyperinflation being sparked by the introduction of quantitative easing (QE) in the US – several years of it. Conversations often centered on the irrational fears many had about pushing wheelbarrows full of worthless cash to the supermarket. Clearly, that reality never materialized. Instead, we learned that people are reluctant to spend when faced with relative uncertainty. So without strong demand, higher prices never really stood a chance. As such, what followed was a decade of slow growth, disinflationary pressures and CPI stuck below 2%. The impact of uncertainty on human emotion can be significant.

In the early 2000’s, peak oil was top of mind for many. It was feared that production was expected to enter terminal decline and lead to cataclysmic economic changes. How would we be able to afford driving or flying? What was to come of global infrastructure built around petroleum? It goes without saying that relatively recent developments in extraction technology, combined with advances in electric vehicle production and alternative energies, have led to a very different challenge for big oil; too much versus too little. Never underestimate human ingenuity.

In the 1980’s Americans were worried that we had lost our edge and were quickly on course to playing second fiddle to Japan. After all, Japan’s economy was booming and exports were rapidly on the rise – automobiles, consumer electronics and semiconductors to name a few. By the 1990’s Japan slipped into what has commonly been referred to as a “lost decade.” From 1991 to 2003, Japanese GDP gained by only 1.14% annually and was well behind that of other developed areas of the world. A combination of rising interest rates and a credit crunch forced Japan into a liquidity trap that we have all since been studying and are wondering if we are now in the same boat. Policy decisions can have unintended consequences.

This brings me to the point of this blog post: declining demographics and how different our concerns are today about population growth. I grew up in a time when people were overly concerned about the idea of overpopulation. In the1970s and 1980s, pop culture helped to shape many of these concerns. Who remembers the dystopian film Soylent Green? The threat of overpopulation was very real and was a concern in the back of many people’s minds for decades. Only now, the concern is not too many people, it’s too few. Queue a different take on the same type of dystopian film: Children of Men.

Around the world, fewer babies are being born and it’s beginning to give a number of nations cause for concern. The global fertility rate, which is the average number of children a woman gives birth to, has been falling and is ominously close to what is commonly accepted as the “replacement-level fertility rate” of approximately 2.1. Below that, populations begin to fall. Recent research from the University of Washington’s Institute for Health Metrics and Evaluation shows that the global fertility rate nearly halved to 2.4 from 1950 to 2017. This same study projected that by 2100, the global fertility rate will fall to 1.7. At the same time, people are living longer. Data from the World Health Organization shows that global life expectancy has increased by more than six years (66.78 to 73.4 years) between 2000 and 2019.

What this means is that many areas of the world are facing a graying population that is living longer and in the process of transitioning out of the workforce. At the same time, birth rates in these areas are rapidly on the decline and helping to invert the demographic pyramid. Fewer births and longer lifespans mean that there will be fewer and fewer working age people in the economy. The traditional argument here is that fewer people means fewer new ideas, fewer products and services made, which equates to less growth and less of an ability to support the social programs in place (like Social Security and Medicare) for all of those who are aging out of the workforce.

So why are birthrates falling in different areas of the world? Some of it is structural (government policy) and some of it is likely due to changes in social attitudes.

Changes in social attitudes and other financial factors have likely been driving down the fertility rate in many developed areas of the world. The fertility rate in the US has been solidly on the decline since 2007 and is currently well below the “replacement-level fertility rate” of 2.1 children per woman. After hitting record lows in 2018 and 2019, the rate fell to another new low of 1.64 in 2020. In the UK, the rate is 1.75, 1.52 in the EU and 1.42 in Japan. Insight and analysis from the University of Michigan points to a number of plausible factors. Greater access to education and contraceptives has helped to drive the rate lower. Changes in gender roles such as women pursuing higher education and careers is suspected of leading to delays in childbearing. Simple economics, meaning less financial stability and general financial uncertainty, are also pointed to as factors for those considering (or reconsidering) having children. Lack of higher paying jobs and income inequality over the past several decades for those without a college degree presents financial headwinds that may lead to fewer births. For those who did secure a college degree, there is often a significant debt burden associated with it, which may also prove to be a consideration when entertaining the idea of family formation.

Government policy and various campaigns to limit births have been imposed in different areas of the world and at different times. Two child policies were implemented in Vietnam (1960’s “One or Two”), British Hong Kong (1970’s “Two is Enough”), Singapore (1980’s “Stop at Two”) and Iran (1980’s “Two Children is Enough”), just to name a few.
China, the most populous country in the world, famously implemented their one-child policy back in 1979. At the time their population was just shy of one billion people and climbing. By 2009, China began to understand that they had a potential demographic ticking time bomb on their hands. They were worried that a quickly graying population combined with a state enforced cap on births would likely begin to eat away at productivity and flat line economic growth. As a result, they began to allow certain couples to have two children. By 2015, and at 1.4 billion people, China allowed all couples to have two children. What’s more is that just recently (this year), China revised this policy once again to allow for three.

China has also recently exercised damage control in another area – marriage and family formation. Originally, it was widely anticipated the pandemic would likely lead to another baby boom. After all, what else did people have to do when quarantined at home day after day with their significant other? As it turns out, they didn’t cuddle. All that the forced closeness seemed to have the opposite effect: divorce. To nip this in the bud, at the beginning of this year China introduced a new civil code stipulating that couples seeking a divorce must now wait for 30 days after submitting an application. So far their efforts have been successful. According to statistics released from the Chinese Ministry of Civil affairs, the divorce rate dropped by 72% in the first quarter of 2021 from the final quarter of 2020. Year over year, divorces are down by 52%. Whether or not these couples are happily married and interested in having children is another question altogether.

China isn’t the only country to take steps to diffuse this ticking time bomb. According to the UN, two thirds of Europe have introduced new measures (with varying levels of success) to give fertility rates a much needed boost. These measures include migration incentives, policies such as enhanced maternity and paternity leave, free childcare, extra employment rights and other financial incentives.

As something of a “what if” exercise, it’s interesting to consider how this will ultimately unfold. Today we are still clearly focused on the pandemic and beginning to look more closely at the environmental and economic consequences of climate change. Could declining demographics around the world be tomorrow’s foremost concern? Are declining demographics truly a slippery slope towards economic Armageddon or will we discover that all of this fuss was unwarranted? Just as for the reason we are no longer concerned about peak oil (never underestimate the impact of human innovation), I wonder whether recent developments in automation will offset the current economic need for additional people. Queue one more popular dystopian film: The Terminator.

Matthew Clarke, CIMA® is a Vice President and Senior Client Portfolio Manager for Washington Trust Bank’s Wealth Management & Advisory Services. Within the Portfolio Management Group, he works with a team of portfolio experts who analyze and coordinate strategies on behalf of our clients who require both a high level of customization and expert communication. Working with our Relationship Managers, Matthew represents a client-focused, comprehensive and disciplined approach to investment management that emphasizes our consideration to the client’s “big picture.” His active participation in our client relationships is instrumental for our continuous success in meeting their goals. Matthew has over 10 years of financial industry experience and is often called upon for investment strategies that support the sale of business, concentrated stock holdings and other financial events that require significant consideration and analysis. 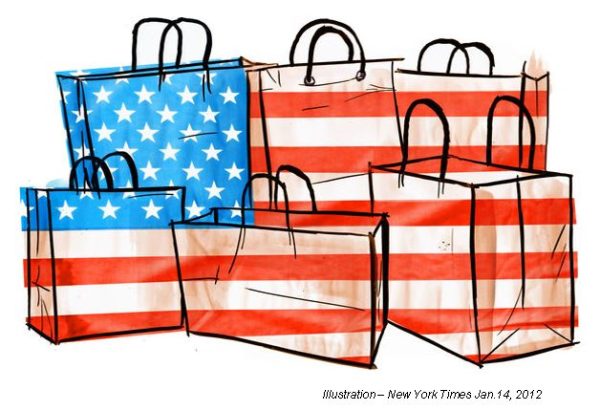